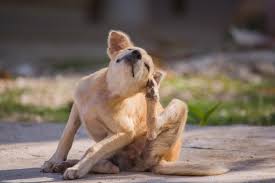 There has been great deal of interest and reporting about the EPA’s report on dog illnesses and fatalities linked to the Seresto flea and tick collar.  Like most dog owners, I’m interested in this reporting.  But I’m bothered by the reporting for much different reasons than most others whose comments I’ve seen.

The story, which first appeared in USA Today on March 2nd,  (www.usatoday.com/story/news/investigations/2021/03/02/seresto-dog-cat-collars-found-harm-pets-humans-epa-records-show/4574753001/ ), states that 1,700 pet deaths have been attributed to Seresto collars.  As stated in the article “Seresto, one of the most popular flea and tick collars in the country, has been linked to hundreds of pet deaths, tens of thousands of injured  animals and hundreds of harmed humans, U.S. Environmental Protection Agency documents show.   Yet the EPA has done nothing to inform the public of the risks.”  The article provides a link to the EPA’s website, containing an aggregate summary of pet deaths attributed to Seresto collars from 2012 through 2020.   The report contains information about the total number of reported illnesses and deaths, along with reported severity of the illnesses.  However, that’s all the information that was provided.  The article doesn’t provide any amplifying information about the data collection.

For example, the article provides a link to the aggregate reporting of pesticide incidents attributed to Seresto, but does not state the source of those incident reports.  There is no explanation as to whether the incidents were reported by private citizens, veterinarians, state agencies or the manufacturer.  Every one of these potential sources can contribute to the EPA’s database, with varying degrees of reliability ( www.epa.gov/pesticide-incidents/introduction-pesticide-incidents ).  And, although part of the data collection for incident reporting, the aggregate database cited in the article contains no information about the probability that the incident was accurately reported.

The fact that the article apparently used raw data without further examination leads to some questions about the data itself.  For example, in previous investigations of flea and tick treatments, the EPA has found that a significant number of incidents were based on improper use of the products, including applying the wrong amount of treatment for the animals’ weight or age, or using the product for the wrong species of pet ( www.fda.gov/consumers/consumer-updates/safe-use-flea-and-tick-products-pets  ).  The EPA has addressed concerns with other topical flea treatments by requiring modifications to their safe use ( EPA Evaluation of Pet Spot-on Products: Analysis and Plans for Reducing Harmful Effects | Protecting Pets from Fleas and Ticks | US EPA ).

Although the article questions the safety of Seresto collars, it fails to consider how many reported incidents may be inaccurate.  Or how many deaths and illnesses are attributable to other causes.  Or how many reported incidents are the result of incorrect use.  For example, one active ingredient in Seresto collars, imidacloprid, has been found to have no adverse side effects when applied topically, but is extremely toxic when ingested ( www.dogaware.com/articles/wdjmdr1.html ).  This raises the possibility that dogs licked or chewed on a collar, or that the insecticide was ingested by excessive grooming or licking a hot spot, rather than becoming ill through normal use.

All this is not to say that the Seresto collars should not be re-examined for safety concerns and that mitigations may be needed.  And there is clear evidence that the EPA has been lax in enforcement in recent years.  But the article took one data element that is used to evaluate product safety, and drew somewhat inflammatory and potentially misleading conclusions from it.  We need to be mindful that this is only part of the story.